"The Trick Diamond" is the key to unlocking a treasure hidden within Gaudí's famous Park Gruell. The crime lord Mark Williams was in possession of the diamond but has recently passed away. However, his will gives Lupin a chance to gain the object of many a criminal's desire.

Lupin is in for quite a shock though as Mark's conditions are quite unique. Mark replaced six treasures with copies and has kept the originals for himself. Now, Lupin must prove his talent by switching the originals back into place within seven days. Only then will he be given the location of the diamond.

With Zenigata and a gang controlled by a man named "Rats" hot on his trail, can Lupin return the treasure in time and unlock Gaudí's secret?!

After the 2002 special Episode:0 became the new standard of excellence, one had to wonder if the 2003 special would be able to reach the same level of quality. Operation: Return the Treasure!! provides an enjoyable, action-filled romp that comes close to that level but suffers from an uninspired middle act.

After thirty years of capers, the writers for this special have managed to come up with a fresh and unique angle. For once, Lupin and the gang must put things back rather than take them away. This is the core of the special and is a delightful break from the familiar Lupin formula. To obtain the key to a great treasure, Lupin must replace six phony treasures with the originals within seven days. The action begins immediately and does not let up until the last treasure is in place.

Unfortunately, the replacement of the last treasures reveals the major flaw of this special. The middle act sets up the climax of the film but slows the film's pace down considerably. Until this point, the action and narrative were weaved together fluidly and kept the film moving nicely. Once you hit the middle, the story reverts to simply moving the characters around until they are ready for the final confrontation. While the narrative was necessary, it did feel like the writers were attempting to stretch the story to fit the ninety-minute time slot.

One can overlook this flaw though as the special provides a healthy dose of comedy along with the action. There are numerous sight and physical gags throughout the special with Zenigata on the receiving end for most of them. The special also included some subtle references to other films such as Roman Holiday and even a subtle nod to Mamo.

Two other items make this special stand out. First, Goemon has a strong female adversary in Misha, something not seen since Kikyo in Zantetsuken. Though the setup for their rivalry is a bit contrived, it was great to see Goemon do battle against a worthy opponent. The second item was the lack of the usual "damsel in distress". While an ingénue is brought in near the end, she is neither placed in danger or is the focal point of the plot. This was a refreshing change of pace and combined with Fujiko's diminished role allowed the focus to rest squarely on the deliciously evil Misha.

Despite the slow middle, this was an entertaining and amusing special. It is clear the writers are trying to capitalize on the new life Episode:0 has given the franchise. Operation: Return the Treasure!! provided some refreshing new angles on the Lupin formula and proved that Lupin can outrun not only Zenigata but also the specter of becoming a dated series. 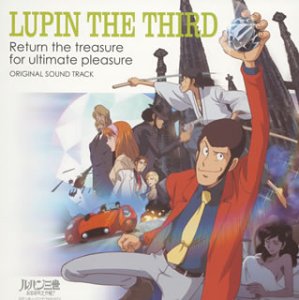 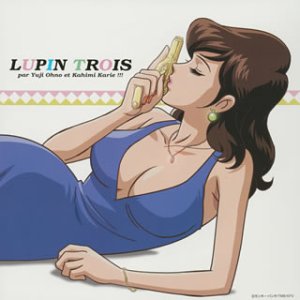