The grandson of Arsène Lupin is tall, lanky, impertinent, and very sneaky. His prime qualities are listed as "appearing like a god, disappearing like a demon"; in other words, he appears with a flash and leaves with a whisper. Despite being aided by many gadgets, his main talents lie in plotting and evasion of weapons.

While his grandfather was known as the "Gentleman Thief", Lupin III has no qualms about trying to separate a woman from her modesty. He fancies himself as quite the ladies man, but his advances rarely succeeds. His primary weakness is his overconfidence and lust for Mine Fujiko. 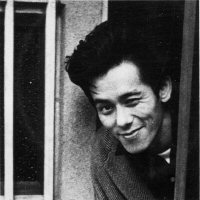 The eternal voice of Lupin also gave life to Clint Eastwood in the Japanese dubbed versions of his films. He has also appeared on stage, on the radio, and in numerous anime and regular television series. He sadly passed away on 1995 March 19 of a brain hemorrhage. 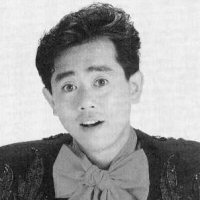 Was tapped to succeed Yamada Yasuo for the role of Lupin. Has done a fantastic job considering the large shoes he has had to fill.

Due to the various copyright concerns about the Lupin name, Lupin III has been forced to use some unique pseudonyms when broadcast in various countries. In English speaking countries, he has gone by "The Wolf", "Cliff Hanger" (used officially for some time on English language promotion by TMS), "Chase Tracer", and "Rupan" (a literal reading of the katakana for his name). France gave him the more fanciful name of "Edgar de la Cambriole". Germany takes the prize for "Hardyman".

The Lupin III Encyclopedia is © 2023 by Luis A. Cruz. All rights reserved.