Little is known about Jigen's past; while he is listed as a Japanese national, it is believed that he fled to Japan and changed his name to avoid the American mafia. While his primary function is bodyguard and hitman, he has become Lupin's closest ally. His black suit, black fedora, and beard easily identify him. The ever present black fedora also serves as an sighting aid enabling Jigen to be a precise, quick (clocked as having a 0.3 second fast draw), and deadly shot.

He greatly distrusts Mine Fujiko, and Lupin's infatuation with her is a source of much irritation for him. As he is proficient with a variety of firearms, it is advised to approach him with extreme caution. 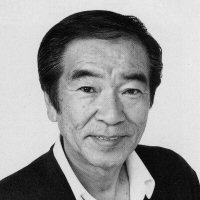 The voice of Jigen can also be heard in such popular anime such as Space Cobra, Golgo 13, and more.

Jigen has been given a variety of pseudonyms when broadcast in various countries. In English speaking countries, he has gone by "Dan Dunn". France has dubbed him "Auguste" and "Isidore". Spain has used "Oscar", and Mexico has used "Julian".